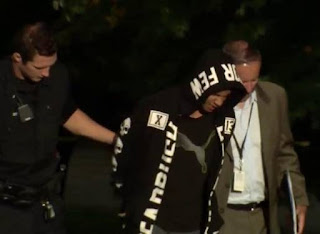 The Vancouver province is reporting that "Three men have been arrested in relation to a grisly double murder in East Vancouver and the abduction of a third person." Monday we read of a man and woman found dead in an East Vancouver home. Tuesday it was confirmed a homicide and today the full story is revealed. Police responded to an abduction call just before 10 p.m. Saturday. When Vancouver police’s emergency response team arrived they found two bodies inside, a terrified four-year-old child, and evidence of a kidnapping."

"The homicide victims were identified as Samantha Le, 29, and Xuan Vanvy Bacao, 24. Le, Bacao, the child and the unidentified kidnap victim all lived in the house. Police announced the arrest of the three suspects at a news conference Tuesday, a day after a dramatic takedown on East 8th Avenue near Blair Avenue in New Westminster that ended with the rescue of the kidnap victim and the arrest of three men, all in their 20s."

Global is reporting that "On Wednesday, Shamil Amir Ali, 22, Harinam Ananda Cox, 21, and Gopal Figueredo, 24, were all charged with one count of: kidnap with intention to hold for ransom; confine without lawful authority; extortion and aggravated assault. Police believe the murders and abduction were targeted."