Guilty Plea in the Guthrie McKay and Lisa Dudley Murder 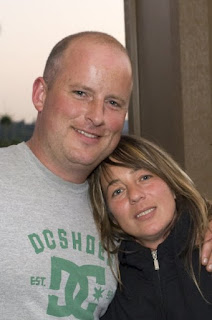 The Vancouver Province is reporting that Thomas Robert Bruce Holden, 46 has pleaded guilty to one count of conspiring to commit murder in New Westminster on Tuesday, in front of his family and the families of his victims — 37-year-old Lisa Dudley and 33-year-old Guthrie McKay. Holden was initially charged with two counts of first-degree murder. He has been described as “the directing mind” behind the murders. This murder was described as a targeted hit.

"On the night of Sept. 18, 2008, Jack Douglas Woodruff, Bruce Ian Main and Justin Andrew MacKinnon went to the home Dudley and McKay shared in the 31000-block Greenwood Drive in Mission. Woodruff was designated as the shooter, Main drove to and from the home and MacKinnon was the lookout. Woodruff went to the back of the home, stood on the deck and fired six shots into the living room where Dudley and McKay were watching television. Dudley was shot in the head and neck and McKay in the head, neck and face. The men fled and a neighbour called 911 to report the gunshots."

The tragedy is that the police officer that responded to the 911 call spent 13 minutes at the home without getting out of his car or speaking to the person who called 911. A neighbour discovered the couple four days after the shootings. McKay was dead and Dudley was paralyzed. She died on the way to the hospital. Lisa ws lying wounded when the cop arrived and stayed there dying for four ds. She was alive when they found her and she died en route to the hospital. That was indeed a heart wrenching tragedy. Yes he cip screwed up big time and will have to live with that for the rest of his life. However, the cop wasn't the one that shot her. We need to remember that when we cast blame for the double murder. CTV posted a picture of Thomas Holden and reported that Lisa was found tied to a chair when she was shot. 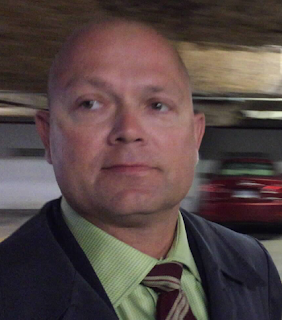 The point of this story is that Thomas Holden wasn't even present during the shootng. He is what the courts describe as the person who ordered the hit. Dudley was the target of the contract killing. According to evidence from previous sentencing hearings, the hit was ordered because of a long-standing dispute between Dudley and a former partner in a marijuana business. That was the motive. So who runs the grows in that area? I'll give you three guesses.

The shooter, Jack Woodruff dated Karen Batke of Surrey before she disappeared February 2007. He confessed to murdering Karen but won't be charged due to a lack of "evidence". He claims she attacked him with a baseball bat in a drug fueled rage. So far the only evidence is his word. 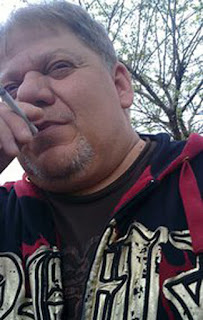 Personally I don't gve a rat's ass about the Hells Angels selling pot out of the black door in Vancouver. If the Hells Angels sell pot or run a grow op it does not concern me in the slightest. I never understood why Dianne Watts was so obsessed with shutting down grow ops in Surrey but didn't lift a finger to stop the public sale of crack cocaine. Crack is far worse than pot.

What does concern me is when members of the Hells Angels say we can sell pot or run a grow op but no one else can. That is ridiculous. In Kelowna Uncle Joe owned a house that he rented out to people who ran a grow op. He claimed he had nothing to do with it it was his tenants. Yet there were Hells Angels bumper stickers posted inside and outside the grow op. That meant it was a HA grow. Later Uncle Joe was caught speeding through Salmon Arm with a car load of weapons, a few associates and a cell phone jammer. It looked like they were on their way to do a grow rip. Shortly after that an abandoned grow op was discovered by police. The people running the grow just got up and left town after they found out the HAs were after them. This is why helpig members of the Hells Angles obtain a monopoly on the market is not in the public interest.