When I first heard Rosie O'Donnell imply 911 was an inside job on the View shortly after that heinous event occurred, I thought that was a bit too much for me to swallow. At the time I could not entertain the thought. Michael Moore put out a movie called Fahrenheit 911 which implied the same thing and at the time it seemed too far fetched for me to get my brain around. Then years later I heard Jesse Ventura ask how did the third tower collapse into it's own blueprint at freefall speed when no planes hit it. My response to that was what third tower? I didn't even know a third tower collapsed on 911. Not only that but the BBC reported that it collapsed before it actually did.

Then I watched Loose Change 911 which talked about Operation Northwoods and was astounded. No conspiracy theorist made up Operation Northwoods. That declassified document is real and still needs to be addressed. During the Cuban Missile crisis Allen Dulles, the director of the CIA submitted a proposal to kill American civilians on American soil and blame it on Cuba to gain public support for an invasion. It was signed and approved by Lyman Lemnitzer the Chairman of the Joint Chiefs of Staff. If Kennedy hadn't vetoed the treasonous plot, they would have implemented it. That is a historical fact.

After that I went to a local town hall meeting and watched 9/11: Explosive Evidence - Experts Speak Out which emphasizes how engeneers and experts in the field of controlled demolition all agree that 911 was a controlled demolition simply because steal framed buildings do not collapse at freefall speed into their own blueprint unless the load bearing beams are blown out.

In Canada CSIS had a handler that planned the Air India bombing and provided the explosives for that horrific murder. CSIS was also caught funding ISIS in Syria. History has recorded that.

Flyer: In Defense of Liberty 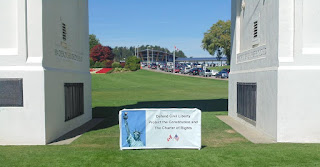 Update: Remember the movie the Towering Inferno? Fire does not cause steel framed buildings to collapse. On April 3rd Chechnya’s tallest building, a luxury hotel, caught fire and burned for 29 hours before finally being put out. The building is completely destroyed, however it did not collapse. Here is a list of Other Fires in Steel-Structure Buildings. Rethink 911. 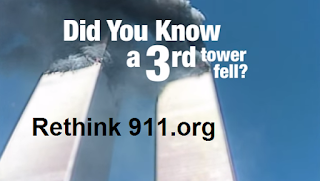