Living off the avails: Pimping 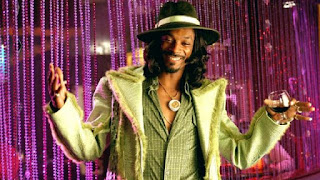 Years ago Snoop Dogg came out with a popular song in which he jokingly referred to himself as a P-I-M-P. Later he remixed the song referring to himself as a C-R-I-P. Back then people would use the term Gangster or G to refer to someone who was cool. Gradually the term pimp acquired a similar persona which was developed in the TV series Pimp my ride. Pimp my ride meant make it look cool so to speak. However, in reality there is absolutely nothing cool about living off the avails. The term living off the avails puts it in perspective and takes the glamour out of it.

What consenting adults do behind closed doors is their business. Yet earning a living from prostitution is like a scab crossing a picket line. It is someone who lives off the work of someone else. Then there's the whole can of worms related to the mistreatment of prostitutes.

Recently I was explaining to a friend in the States how on the Surrey Strip and the DTES the drug dealers are the pimps. They give them crack then take all their money when they get a trick. They thought I meant they would roll the prostitute and rob them. I said no. They just walk up to them and take it. Then they demand free service from them. There is nothing consensual about it. It is simply human trafficking and exploitation. The level of violence is brutal.

Hells Angels control of the Sex Trade Part One