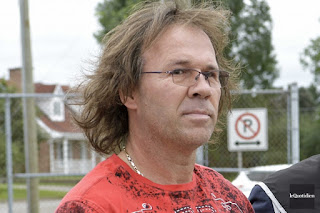 The Montreal Gazette is reporting that "Police arrested two members of the Hells Angels on Wednesday, including one believed to be heading an important drug ring in the Saguenay—Lac-St-Jean region. Bernard Plourde, 55, a known member of the Hells Angels in Trois-Rivières, was arrested at his home in Laterrière and will face drug-trafficking and gangsterism charges. Police also raided his house and seized his vehicles. Three others were arrested, including Jean-François Bergeron, another Hells Angels member.

The Toronto Star refers to Bernard Plourde as the head of the drug network. "Last November, authorities made 24 arrests in the Saguenay region as well as Montreal and the Monteregie area in southwestern Quebec. Ahead of a gathering of Hells Angels last weekend, a police spokesman said the Angels control between 95 and 98 per cent of drug trafficking market in the province."

So all the other provinces are arresting Hells Angels for drug trafficking except BC. Things that make ya go hmmmmm. If the Hells Angles control 95 of the drug trade in Quebec, what makes them any different in BC? They're not. The only difference is that Quebec has a task force that investigates organized crime while BC doesn't. At least his bike doesn't look like a Goldwing. 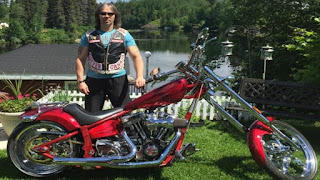 Posted by Dennis Watson at 2:04 AM