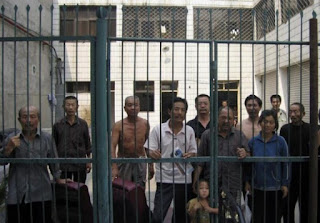 Tonight I saw the movie Letter from Masanjia at the Vancity theatre. It is worth seeing. It's important. It has a sad ending but the story isn't really over yet. It has just begun. The candle has been lite. The truth has been exposed. The question is, what are we going to do about it?

During the war we rightfully opposed Hitler's Holocaust. Sweden was neutral. How can you be neutral over something like that? Yet Sweden let German troops use their railway to invade Norway. That's not neutral. That's culpability. Stalin killed more people than Hitler did. China was even worse. Tragically the Communist murders in China never stopped.

This movie is about a labour camp. The labour camp has been shut down due to bad press but the persecution continues and other secret prisons have opened to take their place. It reminds me of that old Irish folk song The Fields of Athenry. "Nothing matters Mary, when you're free." We take so much for granted. The suffering Sun Yi and his wife went through is heartbreaking yet inspiring. We need to shine a light on this dark evil for the world to see.

It's not just the Falun Gong who are put in prison in China for their religious beliefs, it's Muslims and Christians as well along with a massive crackdown on human rights lawyers. If Christians in China celebrate Christmas in their home, they are arrested for holding a house church. Earlier this year the Express reported that "Christmas was banned in China with officials employed to snuff out festivities as part of a major crackdown on Christianity. Security officials sent out words of warnings to pastors and worshippers, warning them Christmas trees, Santa Claus, festive hats and any other items relating to Christmas were forbidden.'

Release International is reporting that "A crackdown on ‘cults’ in Yunnan province has led to mass arrests of Christians – with many now facing long jail sentences. Six members of a church in the Lincang area have just been handed sentences of up to 13 years – after a court convicted them of being part of a dangerous sect." Sound familiar?

CNN reported that "Thousands of Uyghur Muslims are currently being detained in cramped conditions at so-called political education camps in China's restive far-western region of Xinjiang. Every household, every family had three or four people taken away." CNN also reported that "More than a million Chinese Communist officials are being dispatched to live with local families in the western region of Xinjiang. Government statements and state media reports show that families are required to provide detailed information during the visits on their personal lives and political views. They are also subject to "political education" from the live-in officials."

Radio Free Asia is reporting that "A “high” number of Uyghurs, including youngsters seized by security forces following ethnic unrest in China’s Xinjiang region, may have become victims of forced organ harvesting, according to an independent researcher."

The Star reported that "David Kilgour, a former prosecutor and Canadian secretary of state for the Asia-Pacific, and David Matas, a human rights lawyer, have published evidence they say shows that China performs an estimated 60,000 to 100,000 transplants a year, with organs primarily taken from Falun Gong practitioners, Muslim Uighurs, Tibetan Buddhists and Christians.

The Hong Kong Free Press reported that "China has launched an ongoing attack on the country’s human rights lawyers, arresting at least 23 legal professionals and summoning scores more “for tea” with security services. More than 100 people have been targeted in the nationwide crackdown, according to a list compiled by the China Human Rights Lawyer Concern Group.

After the movie there was a Q&A with the director. A question was asked about brainwashing. The director, who was originally from China admitted that he himself had been brainwashed in China. He said that when he left China someone showed him a video clip of the Tiananmen Square massacre. He said that was CIA propaganda and asked why they would show it to him now that he had left China. Unfortunately the Tiananmen Square massacre was not CIA propaganda. It was very real. Xi Jinping is a murderer who needs to be put on the war criminal list. God Bless Sun Yi. May he Rest in Peace. 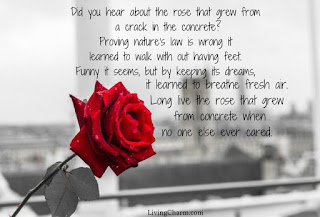