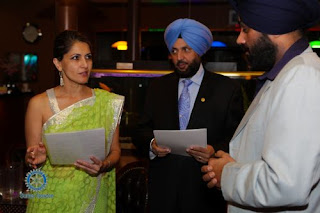 The Sach Di Awaz, a local Punjabi newspaper, has a front page article stating Doug McCallum running strong campaign for mayor of Surrey announcing that Bableen Rana is the newest council candidate to join his Safe Surrey Coalition slate along with Doug Elford.

This is significant because it is an answer to the Wake up Surrey movement led by the South Asian Community. The same community that Tom Gill infuriated with his inaction on Surrey First and his suborn refusal to back down on the mega casino on rural land the South Asian community bitterly opposed along with the rest of us.

The IndoCanadain Voice is reporting that Bableen Rana has been a lawyer for 17 years and is a past president of the Surrey Newton Rotary Club. When McCallum was first elected as mayor Bableen served on Surrey’s Parks and Recreation Commission.

The Peace Arch News is reporting that "The slate also vows to scrap the “second-rate LRT in favour of SkyTrain along Fraser Highway,” and to pause development to “come up with smart community development guidelines that include affordable housing.” 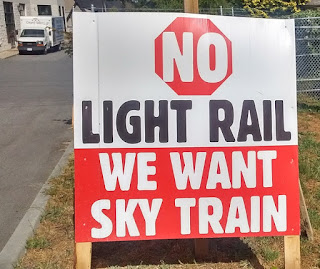