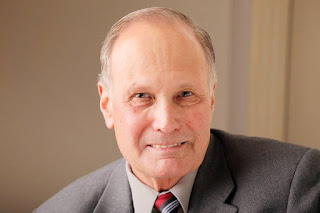 Global is reporting that "There is yet another shakeup in politics at Surrey city hall. Councillor Dave Woods has resigned from the ruling civic party, Surrey First. In a statement, Woods said he cannot support a leader who doesn’t value or seek consultation with team members. “I have no confidence the movement towards a more open, collaborative, and transparent culture within the party will exist and, therefore, I will not be seeking re-election as a member of Surrey First,” he said. Woods says mayoral candidate Tom Gill supports a handgun ban in the city. Woods opposes a ban, saying it would impact law-abiding handgun owners." Exactly.

Tom Gill has lost his mind. This is further proof he mirrors Linda Hepner's incompetence. There already is a handgun ban in the city. In addition to that, Blaze was already under a firearm ban when he was caught with firearms and went to the wrong house to collect a drug debt. The current firearm bans that affect criminals are virtually worthless because they are not enforced.

I have a firearm licence. I am not legally permitted to drive around the city with a handgun in my vehicle. The ban is already in effect. I can drive around with my long guns in the trunk of my car but not handguns. I am only legally permitted to transport handguns unloaded, in a locked case with a trigger lock in place to and from the gun range. That's it. To and from the gun range only.

You want to know why we have a problem with gun violence? Because the BC Gang Task force is compromised and the RCMP stopped investigating organized crime. That's why.

The Peace arch News is reporting that John Gibeau from the Honeybee centre is running for a seat on Surrey council with the Integrity Now slate. I have known John for years. He is a good man and like Rina Gill, exemplifies Integrity. Unfortunately, the slate is now full and I am unable to endorse him at this time. He and Adam MacGillivray would make great alternates and I encourage their future participation in politics. We need more people like them.