Rich Coleman is out, Doug McCallum is in and Barbra Steele jumps ship 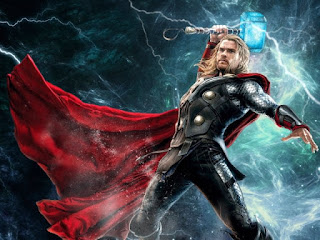 CBC is reporting that "Liberal MLA Rich Coleman says he won't be running for mayor for the City of Surrey, despite having "overwhelming support" to do so. Former mayor Doug McCallum has confirmed he's ready to step in, while Barbara Steele is running again as councillor but quitting her party." What a difference a day makes. Welcome to the wild wild west.

Finally, Thor steps up to the plate with his mighty gavel to lead the Green Justice League into battle. Now that's what I'm talking about. Fresh troops arrive on the battlefield. Thank God.

Rich Coleman is Satan himself. He is the reason we have a gang problem in BC. Dianne Watts' lapdog was going on about how many people were trying to convince Rich Coleman to run for Surrey mayor. Why is that? Because the Neo cons are scared. They are afraid Tom Gill won't win and they are terrified about the complete meltdown of Surrey First. Barbara Steele is the latest councillor to jump ship and run beside Bruce Haynes. That was a wise decision.

The Peacearch News is reporting that "Longtime Surrey councillor Barb Steele is jumping ship from Surrey First to run alongside Bruce Hayne in this fall’s civic election. In a release Tuesday afternoon (July 17), Steele said 'it has become clear that philosophically I can no longer be a part of Surrey First,' citing leadership and integrity as concerns." That leadership would be Dianne Watts. Alright Souljas, here it is. Let's get ready to rumble....! 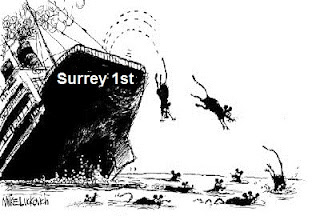 LOL The Peacearch News is reporting that "Tom Gill claims She left because we did not endorse her. She had trouble committing to Surrey First and her loyalties were elsewhere. I am so disappointed that Barbara would convey to the media it was her choice to leave Surrey First, Gill said." AYFKM? That's a real mayoral candidate. Not.

"Gill said push came to shove after Steele told him she had been speaking with the Rich Coleman camp and Bruce Hayne about throwing her lot in with them. Coleman decided this week not to run. For her part, Steele said she doesn’t recall the word endorse or not being endorsed coming up at all. Nobody said they wouldn’t endorse me, she said. Yes, I resigned, for sure. I also don’t want to play Grade 6. The facts are the facts." ROFL.

"Gill furnished the Now-Leader with what he says is a text-message conversation between himself and Steele earlier this week." Giving private conversations to the press. Classy. Not.

Five out of eight Councillors gone and one is running for mayor. That leaves them with two Councillors running. My how the tables have turned. Sounds like a Monty Python skit to me.

Surrey First has been Surrey's Worst. Finish them!

This is our crib. We gonna run this town tonight. 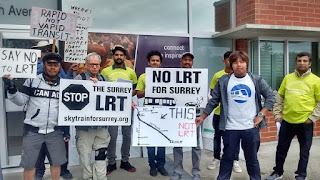