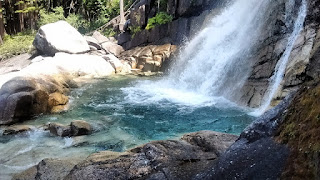 I rode up to Shannon Falls and checked out that hike where the vloggers were killed. Such a tragedy that could have easily been avoided. This is not a smart place to swim. This is not at the base of the falls it is half way up the mountain. You can see the current is swift. If you want to swim at the base of a waterfall go to Cliff Falls in Maple Ridge or the waterfalls at the UBC Endowment forest in Maple Ridge. Those are closed to the public but you can still access them as long as you don't drink and cliff jump at the same time. Common sense should prevail.

Today's trail was relatively short but there are places you can rope up and practice rock climbing. 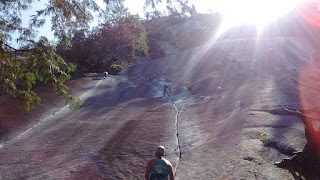 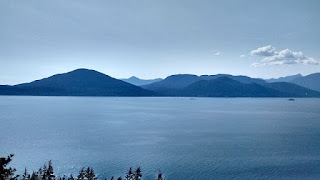