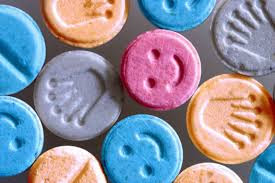 Kelowna Cap News is reporting that "A 17-year-old Kamloops girl has died after falling into medical distress at the Centre of Gravity music festival Friday. Kelowna RCMP said in a statement Saturday that BC Coroners are investigating the sudden death of the teen. At about 9:30 p.m., Kelowna RCMP responded to the 1600 block of Abbott Street to support the BC Ambulance Service who had responded to the medical emergency. The girl was rushed to hospital, where she died. Interior Health has issued a reminder to festival goers to be cautious if using drugs and to not mix substances.' Radio NL is reporting that it was an accidental overdose.

If someone sells drugs laced with fentanyl, arrest them. That is harm reduction.