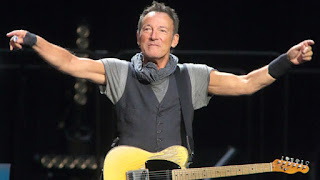 Global is reporting that "Independent Surrey Coun. Bruce Hayne has announced he is running for mayor in this fall’s civic election, bringing to three the number of candidates now running for the top job in the province’s second largest city. 'My phone’s been ringing off the hook in the past few weeks with people urging me to put my name in for mayor and that’s exactly what I’m going to do,' said Hayne." LOL Another one bites the dust.

Well the sad saga of the complete meltdown of Surrey First continues. I was willing to support Bruce Hayne as a councillor but he doesn't have a snowballs chance in hell of winning against Doug McCallum. I suppose after he loses this election he could come back as a councillor like Bob Bose did. Bruce claims that his phone’s been ringing off the hook after the Neo Cons couldn't convince Rich Coleman to give up his seat as MLA and risk running for Surrey mayor.

Why is that not surprising? The Neo Cons know Tom Gill will not win. He pissed off the entire Indo Canadian community in Surrey when he voted for that mega Casino on rural land they staunchly opposed. Who's going to vote for him now? His pettiness in the paper fighting with Barbara Steele makes him look like a complete idiot. He looks like a foolish little boy.

So the Rich Coleman dirty dealers want an ace up their sleeve to make sure their interests take priority over the people of Surrey. So they call me Bruce is listening to Rich Coleman's dirty dealers just like Dianne Watts did when she gave up her seat as a Conservative MP and ran for the leadership of the BC Liberals. How'd that work out for her?

Dianne Watts is completely screwed now. She lost the Liberal leadership race after she gave up her seat. Now all she has is the golf tournament money from her position as the CEO of her "Non profit" society, Surrey First. Do you think the Conservatives are going to take her back after she pulled a Belinda Stronach? Justin Trudeau might but she screwed herself over because she listened to Rich Coleman's dirty dealers. Now Bruce Hayne is making the same mistake.

The next kamikaze to commit ritual suicide will be Rajesh Jayaprakash. I really like Rajesh. He'd make a fantastic Councillor but he doesn't have a snowballs chance in hell of winning the mayors seat without any experience first. Same with Stuart Parker. Stuart and Adam could both win seats on council. Running for mayor would be a wasted effort so let's set our pride aside and pull together. Diversity makes us strong so it does. 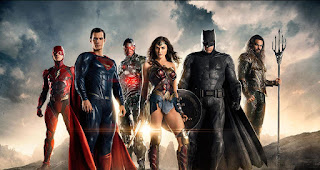 Someone sent me this screen cap of a comment posted on the news report about Bruce Haye running for mayor. The comment was quickly deleted from the Post Media News Corporate propaganda. Tracie was my fist shop Steward when I worked as a Letter Carrier: