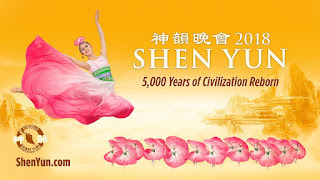 The Confucius Institute is a non-profit public educational organization affiliated with the Ministry of Education of the People's Republic of China, whose aim is to promote Chinese language and culture, support local Chinese teaching internationally, and facilitate cultural exchanges. So they say but exactly what kind of Chinese culture are they really teaching? 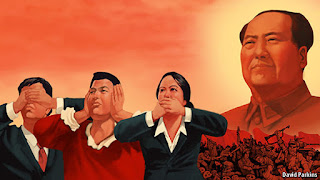 The Cultural Revolution in China

When you hear the term cultural revolution you normally think of something that promotes culture not something that kills culture but that is exactly what it did. It was a cultural genocide in China. Communism is about rewriting history and promoting lies. That is why it opposes the freedom of the press. It obsesses over censorship to hide the truth from the world.

Previously I blogged about a magnificent trilogy the Communist government of China oversaw about Yip Man starring Donnie Yen. It was awesome. Completely historically inaccurate but very well done. Donnie Yen was great. The third episode had an awesome fight scene with Mike Tyson. The movie portrayed Yip Man as a hero which he was. Yip Man taught Bruce Lee Wing Chung who in turn created a cultural revolution in the martial arts world. 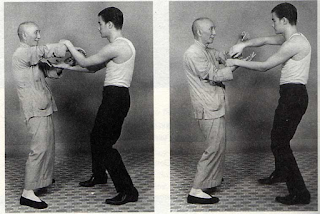 The real Yip Man left China and moved to Hong Kong after the Communist Revolution because he was an officer of the other party. Yip Man did not support Communism he opposed it. The fictional movie about his life failed to mention that part.

Legacy of Lies and Murder

The question we need to ask is why isn't the mainstream media covering the current genocide in China? If Hitler found a way to make money from all the people he murdered by selling their organs and the rest of the world was silent about it, the world's silence would have empowered him. That is exactly what's happening now in China and we are silent about it.

Remembering the biggest mass murder in the history of the world

The Cambodian Genocide was Communism in action