Casting shadows on the Horizon 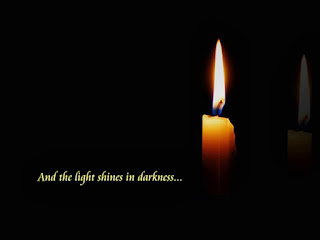 When I was speaking at the Falun Gong rally outside the Art Gallery in Vancouver I quoted Lao Tsu who said "It is better to light one candle than curse all the darkness." I said although that was a true statement, sometimes when we light a candle it sheds light on the darkness and reveals it to the world. Sometimes we have to confront darkness by exposing it for what it really is.

On the other side of the Art Gallery I noticed the inscription on top of the building. 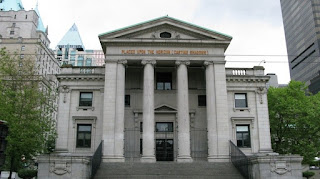 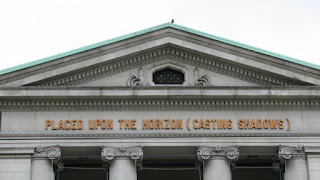 I've passed by demonstrations at the Vancouver Art Gallery ever since I was a kid yet I've never really noticed that inscription before. As I was heading out on the freeway to go hiking and camping at Garibaldi Lake, the sun was behind me to my right. I could see my shadow riding my motorcycle with my backpack on. Notwithstanding the difficulties and the frustrations of the moment, I felt free. It causes me to reflect on the life we lead and the shadow we cast.

I find the complete destruction of the Main Stream Media overwhelming. The obsessive propaganda desperately trying to control public opinion has become absurd. Since I am such an advocate of the freedom of the press I find it very disheartening.

Last month they told us that LRT in Surrey was a done deal and speaking out in opposition to it was a complete waste of time. Yet now that we have all witnessed the public meltdown of Surrey First and Doug McCallum's pledge, it looks like Surrey LRT is dead in the water. Who would have thought such a miraculous transformation was possible in such a short time?

Yet on the front page of this weeks Surrey Now Leader is an offensively obscene piece of propaganda trying to sell the infrastructure nightmare along 104th Avenue putting an elementary school of marginalized kids on a traffic island. That is just plain wrong and the Post Media Propaganda is obscene.

Post Media News is a cheap tabloid of corporate trash that isn't worth lining the bottom of a bird cage with. This isn't a battle of the bands. This is a heartfelt mourning over the loss of something very sacred. I'm at the point where I'm ready to put a sign on my door and say please don't deliver this free newspaper here any more but that is exactly what they want. They want to destroy the market so they can have complete control over it. Basically they already do.

We need to balance the extremes and see through the absurd propaganda for what it really is.

The question we need to ask ourselves is what kind of shadow will we cast on the horizon? What kind of life will we lead and what kind of mark on society will we leave behind. Like is or not we all leave footprints. Whether they be positive or negative will depend upon our choices and our actions because actions speak louder than words. Cheers. 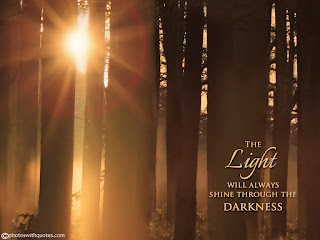