In Memory of John Carten and the Water Crimes Blog

A friend recently asked me about the Water Crimes blog claiming that no one has been posting on it of late and asked me if I knew anything. Unfortunately I do. John Carten passed away of cancer in Kelowna. I met John three times. Twice with Jack English in Vancouver and once in Saint Paul's hospital. The first time we went for dim sum. The second time we went for Portuguese down the street. He was a good man with a lot of important stories to tell.

John is most famous for the Water Crimes blog which exposed judicial corruption in Canada. He used to be a fully licensed practicing lawyer in BC. That is why the powers that be were so terrified of him. He was educated and had a lot of inside information about them. His conclusion was that "The Law Society of British Columbia has become a criminal organization."

I'm going to piece together some of his postings before they disappear off the internet so I can memorialize his quest. In fact, the recent Judicial Treason website I made is in his memory.

John was a practicing lawyer who went through a difficult divorce. Tragically the judicial system completely destroyed him financial in a brutal and petty manner. The Family Relations Act speaks to the best interest of the child. Destroying a child's father is never in the child's best interest. I hope his kids will one day understand that their father was in fact a good man.

John had been assisting Jack English pro bono who had his family resort near Tofino stolen through the BCIMC Fraud. The corruption in that case was astounding and it's tentacles reached far into the Law Society, the BC Liberals and the BC Judicial system itself.

William Majcher is a former police undercover investigator who brought down a lawyer that laundered money for the Haney Hells Angels which was tied to the murder of Ernie Ozolins. His Supreme Court Affidavit claims that Lawyers have become key players in money laundering operations because they are exempt from a federal requirement to report suspicious financial transactions. "My experience is that it's a widespread problem."

Insp. Majcher said Mr. Rosenfeld told him it was "twenty times" easier to launder money from Canada than the United States. He was also told during the investigation that five lawyers in Vancouver regularly laundered $200,000 a month through trust accounts in return for a 7-per-cent commission. Other lawyers used offshore accounts, stock market scams and foundations to hide illicit cash, Insp. Majcher testified.

So when the BC Law society went after John Carten in a petty and malicious manner, it became clear that his conclusion had merit. "The Law Society of British Columbia has become a criminal organization." We have seen that in their recent bid to kill the Canadian Charter of Rights and destroy religious freedom in Canada. May he Rest in Peace.

"Take up our quarrel with the foe to you, from failing hands, we throw the torch: be yours to hold it high. If ye break faith with us who die, we shall not sleep, though poppies grow in Flanders fields" John Carten was a soldier of Rome. Honour him.

One of John' campaigns was against a lawyer on Vancouver island who ripped off Jack English named Greg Harney whose billing bullying made the Vancity Biz. Greg Harney faced a disciplinary hearing with the Law Society on June 21, 2017.

CBC reported that his client's ex husband sold drugs and associated with the Hells Angels, and that Vancouver police had told Byrne her ex-husband who had sizable off shore accounts was murdered by associates after he disappeared.

This website at lawsocietybc.weebly.com is one of John Carten's most iconic works documenting his beef with the Law Society. I have now saved all the information and am preparing a mirror for when the powers that be get it taken down. Erin go Bragh. Tiocfaidh ár lá. 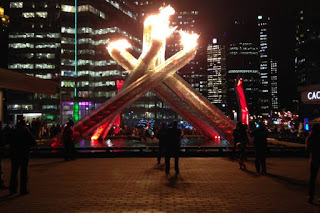 When I met John at St Paul's hospital in Vancouver he was recovering from chemotherapy and was thrilled to have received a new lease on life. He had a large tumor and was close to dying. The chemotherapy was successful. He was released from the hospital and relocated to Kelowna where he later had a relapse and died in hospital. I also met John's GF who was wonderfully supportive. My condolences. Life does not end at death. We will meet again but not yet.