110 Pounds of Fentanyl From China Seized at Philadelphia Port 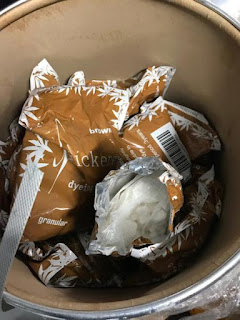 The Epoch Times is reporting that "U.S. customs officials recently seized 110 pounds of fentanyl originating from China at a Philadelphia port. Fifty bags of the deadly synthetic opioid were found in a shipment of barrels containing iron oxide and had an estimated street value of $1.7 million, according to a press release by the U.S. Customs and Border Protection (CBP) on June 28. The bags were first detected by customs officers using a narcotics dog."