Listening to the sound of one hand clapping 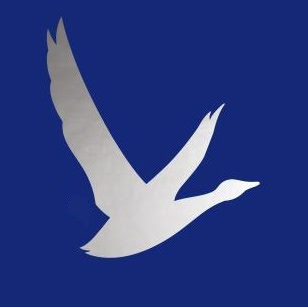 Since my book is still a very long way away, I thought I'd throw a post out there to help set the stage and start the ball rolling in the direction of thought that my book will stimulate. When I was young the book Zen and the Art of Motorcycle Maintenance was popular. In fact it was epic. I was drawn to it from my study of Zen in the martial arts and the fact that I also rode full seasons on a motorcycle. However, Zen isn't something we really talk about any more.

Clay Roueche did an epic job of describing the Chinese virtues in his Book of Indomitable Virtues. In his book Clay talks about walking with dignity, honoring tradition, loyalty, respect, integrity, responsibility, duty, obligation. The list goes on. This is the ghetto gospel and I support it completely. Compare that with Ricky Ciarniello's The Devil's Butler and there is no comparison. One is light, the other is darkness. One is honorable, the other is not. It's that simple.

Although Zen does share the Chinese virtues of Confucianism, Zen is more of a way of looking at things outside the box so to speak. It's kind of Yoda's outlook on the force. It starts off meditating on riddles called koans like what is the sound of one hand clapping or if a tree falls in the forest and no one is there to hear it fall, does it really make a sound when it falls? Obviously there is a left brain or analytical way of looking at these riddles as well as a right brain or intuitive way of looking at them. To examine this we need to define yin and yang. 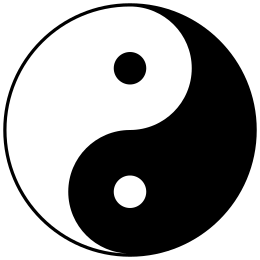 Now back to the riddles or koans. Logically the sound of one hand clapping is silence because it doesn't make any noise but does it? If it claps very fast it could create a rustling in the leaves from the wind. If it claps against another object it could make a sound. In fact if it claps against an Irish drum with a wooden stick, the sound of one hand clapping could in fact be a pleasant melody so it could. We just have to think outside the box.

One of the Zen riddles or koans talks about a baby goose that was raised in a bottle. As the goose grew up it became too big to fit out of the neck of the bottle. The riddle is then, how does the goose get out of the bottle without breaking the bottle or killing the goose? Think about it. The final answer is there the goose is out. Most of us are left scratching our heads saying wtf?

Here's the explanation. As we ponder the question we become the goose in the bottle. As we analyze the problem we begin to think outside the box or in this case bottle. As we look for a solution from the outside in, all of a sudden we realize we are out of the bottle. There the goose is out. This is a somewhat romantic metaphor since for all practical purposes the goose is still trapped in the bottle and unable to fly free. Yet I think Clay hit the nail on the head in his book. Clay states that although the media has tried to define him, his thoughts cannot be contained. He concludes that his body may be in prison but his spirit is running free. There! The goose is out.

Yet again, for all practical purposes, Clay is still in prison. Yet his art and his book has escaped for all the world to see. His thoughts can't be contained and his influence is spreading outside of his cell as well. He wrote his book while in solitary confinement. I find that inspiring. In our day and age when people get discouraged with the simplest of hardship, Clay found himself in a pit of darkness and decided to strike a match and light a candle. The light from that candle is radiating far beyond his prison cell. I have two of his prints on my dining room wall. They fill my home with light. His words and his art is shining bright for the world to see. In that sense the goose is out.

Now we just need to right the wrong of his unlawful arrest and transfer him back to Canada.

That would be the right thing to do.