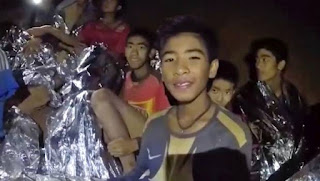 The Independent is reporting that "Divers have begun the operation to rescue 12 Thai boys and their football coach, who have been trapped in a flooded cave for more than two weeks. Officials on Sunday morning said that “today is D-Day” as they face a race against time to extract the children from the narrow Tham Luang cave complex before more monsoon rains arrive."

New Zealand Stuff is reporting that "A specialist Australian doctor had gone into the cave on Saturday to check the medical health of the boys and had given them the all clear for the rescue to proceed." CNN is posting live updates. Thai government releases graphic about the rescue. 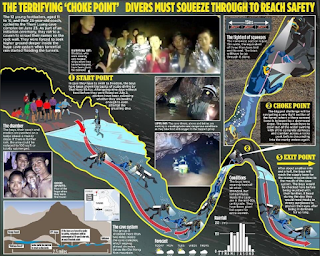 Video of the boys found alive in the cave. They still need to be rescued to get out.

A diver died Friday while placing compressed-air tanks along a route through the vast complex. 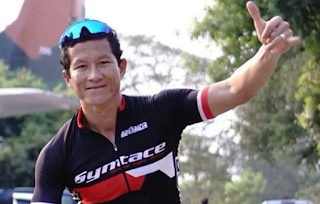 Reuters is reporting that "Six of 12 schoolboys have been rescued so far from a flooded Thai cave after divers launched a daring and dangerous mission to free the children and their soccer coach, who were trapped underground for more than two weeks, Thai officials said. A helicopter flew some of the boys to the nearby city of Chiang Rai where they were taken by ambulance to hospital. Rescuing them all could take three to four days and depended on the weather, an army commander involved in the mission had said earlier."

The Evening Standard is reporting that "The 12 Thai boys and their football coach who were trapped in a cave in Thailand got through the ordeal by practicing meditation, family members have said. The coach who was rescued from the cave on Tuesday, trained as a Buddhist monk for 12 years before he decided to coach the Wild Boars soccer team."