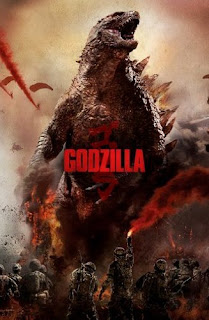 The Post Media propaganda machine is bragging about the fact that Dianne Watts has found a loop hole to get around the new funding restrictions in the upcoming civil election. The new rules limit the amount of money unions, large corporations, and dirty developers can donate to specific political parties. Dianne Watts, the expert BC Liberal money launderer from Campbell Heights has found away around that. They held a golf fundraiser where dirty developers can pay up to $25,000 to be gold sponsors which comes with dinner seating at the Mayor’s table. Now this is nothing new but it clearly is a way around the rule.

As we know, Dianne Watts spent the most of any other candidate in her bid to become leader of the BC Liberals and broke the spending cap. The consequence for breaking the rule? Nothing. That doesn't even include the cost of Botox. She's still just a three dressed up as a nine.

The question we need to ask is why are dirty developers and large corporations so eager to throw so much money her way? Neither group is considered charitable. It's because like SNC-Lavalin whose fraud charges are in court this September, they want a good return on their investment. They slip a politician some campaign contributions then in return they get exclusive rights to inflated government contracts so they can burn tax dollars like an incinerator.

That's exactly what we saw at the Surrey Memorial Hospital and that is the root of the LRT fraud in Surrey. Why else would they put a road right through Hjorth Road elementary and put marginalized kids on a traffic island. Dianne Watts is not a Conservative any more than Belinda Stronach was. Dianne Watts is a tax and spend Liberal. History has recorded that and she's still the CEO of Surrey First which runs very differently than other parties. Do you think anyone is paid a salary from those political contributions like Christy Clark was? Look into it.

Go Godzilla. Join the Green Justice League. That girl is just a three dressed up like a nine. Word.