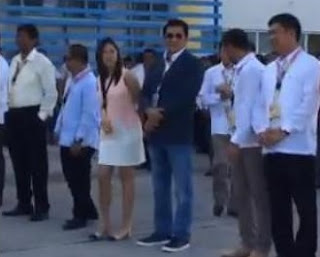 CNN is reporting that "The controversial mayor of Philippines' Tanauan City has been killed by a sniper, the city's police chief said. Mayor Antonio Halili, who gained notoriety for parading people arrested on drug offenses, was killed with a single shot to the chest from an unknown assailant, Police Superintendent Renato Mercado told CNN."

GMA is reporting that "Malacañang on Monday condemned the killing of Tanauan City Mayor Antonio Halili, a man described by the Palace as a staunch ally of the government's war on drugs despite his reported links to the narcotics trade." This is why you need due process.