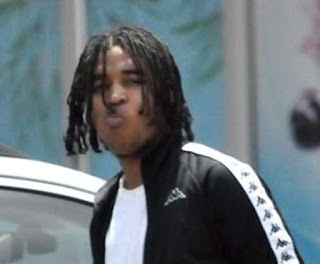 CBC is reporting that "Toronto police have released the name of a teenage suspect who is wanted in connection with the Entertainment District shooting that left two men dead on Canada Day. He is Keyshawn Jones, 16, of Toronto. Jahvante Smart, a 21-year-old Toronto rapper known as Smoke Dawg, and Ernest "Kosi" Modekwe, 28, who was a brand manager with the hip-hop music collective Prime, were killed. Jones is wanted for two counts of first-degree murder, and one count of attempt murder, police said in a statement late Thursday. Investigators had previously said the teenager could not be identified under the Youth Criminal Justice Act. But police now say "judicial authorization has been obtained to identify" him. "The judicial authorization expires on Tuesday, July 17, 2018, at 2:30 p.m," the statement said."