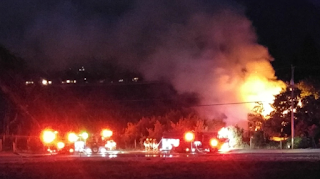 CBC is reporting that "Police suspect a house that exploded in flames in West Kelowna Wednesday night, killing one person and leaving two more in critical condition, was being used for the production of drugs. The incident began in the 3000 block of Elliot Road around 9:30 p.m. PT, and fire crews worked through the early morning hours to extinguish the fire, ultimately tearing the house down to soak the flames. On Friday, West Kelowna RCMP announced the province's RCMP Clandestine Laboratory Enforcement and Response Team (CLEAR) was supporting local police investigators."