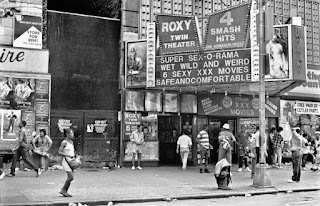 Thousand Wonders reported that "Times Square went through a hard time during the Great Depression, attracting strip clubs and peep shows. By the 70s, it had become a place of drugs, prostitution, and street crime. In the 80s and 90s, a redevelopment program and major clean-up was done by the mayors of the city. Many family-friendly and tourist attractions opened their doors in the 90s, the most notable of which was the Walt Disney Store. This led to the so-called Disneyfication of Times Square, which was a good thing. Now, Times Square is a huge tourist magnet and a huge contributor to New York City’s nickname the City that Never Sleeps."

The Welcome blog reports that "The New York City of the 1980s is quite different from the city we know today. Homicides were at near-record highs, the crack epidemic was raging, and NYC had not yet experienced the wave of gentrification that has marked it in modern times.

Enforcement and gentrification were the two key elements of the New York Model that led to it"s dramatic and lasting transformation. However, that attack came after a crack down on police corruption which made it all possible. The Star Tribune reported that "It's not just well-off, gentrified areas. Poorer neighborhoods have been lifted up, too, thanks to policing and nonprofit efforts." After 30 Years, Times Square Rebirth Is Complete. This can happen in Surrey. 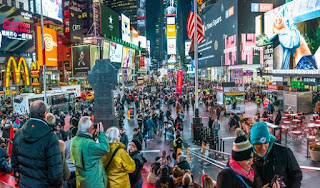 That is why I endorse Doug McCallum and the Safe Surrey slate.