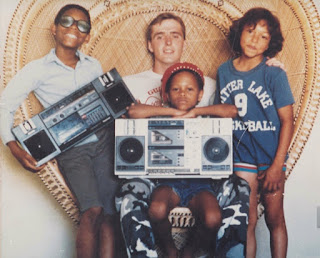 OK back on track. Back to the drug trafficking associated with the Vancouver gang war. In my recent post naming the three Hells Angels associates that went to court from the Langford bust I clarified that drugs in clubs or to people who want it and can afford it is none of my business. When someone in a Surrey strip club owned by the Hells Angels sells someone straight fentanyl pretending it's cocaine and kills them, that is my business. When they give crack cocaine to the homeless for free then beat the life out of them for payment, that is my business.

My recent post about how the local police are harassing gang members but ignoring drug trafficking sums up where we are now in Surrey. It ties in the Gary Webb story with the Freeway Ricky story and shows how the corruption has infiltrated both the police and the government to promote drug trafficking and focus on seizing the proceeds of crime. Instead of stopping drug trafficking they collect finder fees for letting it continue. That is what we are now looking at.

This brings us back to the US crack epidemic in the 1980's and the Chuck Pillon story. 2:39 into this Youtube video talks about the crime related to crack cocaine in south Seattle back in the /80's. That's when I was there with the Guardian Angels. The video goes on to talk about Sergeant Chuck Pillon who led a task force disrupting the crack houses' business.

Chuck Pillon was on a Town Hall Meeting describing the crime associated with crack cocaine at the time. So here's a hero on the front line confronting the crack dealers, disrupting their business and warning Americans about how harmful this drug is. Why that's enforcement and prevention two crucial pillars in the four pillars program. Then all of a sudden he gets transferred behind a desk. When I saw it happen to someone else right after him the pattern was revealed. The real corruption wasn't just on the streets selling crack, it was in police management itself.

Chuck even brought the media into a crack house in Rainier Beach. So if Chuck Pillon was doing such a good job, why did he get transferred behind a desk? Chuck later became an outspoken critic. In his own words he states "My firing resulted from my unwillingness to shut up about the tolerance of drug-trafficking in Seattle." Chuck nailed it.

We moved into Lakeshore Village in South Seattle right after Chuck was transferred out of the area. We moved in right next door to a crack house and led a crackdown on crack campaign. The stories I could tell. In addition to confronting the crack dealers and disrupting their business, we would spend time with the kids and took them to the zoo. A new cop showed up on the scene. He was awesome. He was African American and called himself the sheriff.

We'd wake up in the morning to hear him yelling at the crack dealers making fun of them. He'd have them all lined up on the ground out front of the crack house next door. He'd be laughing at how stupid they were saying I busted you for selling crack last week. Last night I came here under cover and your still sold me crack. The next day I'm hear with a search warrant ready to bust your ass. There's a new sheriff in town he'd say and I'm it. He was hilarious. It was refreshing to see a good cop who cared about his community make a difference.

Then all of a sudden he got transferred out of the area just like Chuck did and I thought to myself you bastards. I knew something was not right in upper management but I had no idea how deep the rabbit hole went until I found out about the Gary Webb Story.

Gary Webb broke the news that the CIA were the ones responsible for the LA crack epidemic back in the /80's. He traced the drugs to Blandon who worked for the CIA. Freeway Ricky worked for Blandon. When the DEA busted Blandon the CIA pulled the plug on the bust because Blandon was working for them. They were using the drug money to fund the Contra rebels in Nicaragua. I certainly support the Contra rebels. I just dont believe the end justifies the means. Operation Fast and Furious showed us that Iran Contra never stopped.

The documentary Freeway: Crack in the system is very enlightening. A DEA agent admitted that after the CIA pulled the plug on the Blandon bust the DEA became corrupt. After that happened their mandate changed. They stopped trying to get drugs off the street. Instead they just focussed on seizing the proceeds of crime. They wanted a peice of the pie in exchange for letting it continue. That is what we are seeing now in Surrey and Vancouver.

The police are letting the drug trafficking continue in public without lifting a finger to stop it and the Gang Task Force is solely focussed on getting criminal organization status so they can seize the proceeds of crime. They are no longer concerned with getting drugs off the street.

Recently the new police chief in Whiterock has woken up to reality and has pledged to target drug trafficking in Whiterock. We'll see how long he lasts. If he gets transferred out like Chuck Pillon did we will know who to blame. If they let him continue then we need to adopt the same common sense approach to crime here in Surrey. Time will tell. It always does.

BTW since Blaze the worthless woman beater is such a compulsive liar and false accuser I will point out the obvious. Blaze claims I have never been to Egypt or Israel and that Curtis Sliwa doesn't even know me. I went to Egypt and Israel a long time ago. I was in my very early 20's. It's not a big deal. I'm sure Curtis would like to forget me but Curtis remembers everyone. If you check the link to a 1988 edition of Karate Blackbelt Magazine, take a look at the name of the person who was the Canadian representative for the group.

The article is about Curtis and lists all the Regional Coordinators for the group at the time. The only reason my name is there is because Sebastian was out of town. I was always juniour to Sebastian who after I went to Ireland and retired from the group stayed on to open chapters in London, Australia and Berlin. Sebastian was solid.