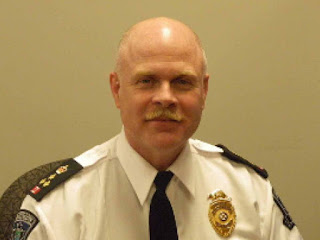 In June CBC reported that "A Nova Scotia board of police commissioners has suspended its police chief after he was charged with one count of sexual assault and two counts of sexual exploitation involving a 17-year-old girl."

The Star dot com reported that "John Collyer of the Bridgewater police force was suspended with pay for 60 days in May after being charged of sexual assault and two charges of sexual exploitation. The case was adjourned until July 27 for election and plea. We're still waiting to hear what happened in court.