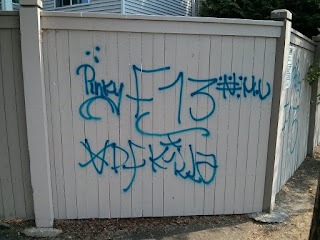 We don't hear daily news of gang related shootings in the US here in Canada but they obviously do still occur especially in Chicago. The Herald is reporting that "No one was injured Wednesday by gunfire along Holly Drive in Everett. The shooting was reported about 4:15 p.m. near the intersection with Fourth Avenue W. People in a Jeep and a dark-colored passenger vehicle shot at each other as they drove down the road, said Everett police officer Aaron Snell. Police found the Jeep in the roadway with bullet holes in it, Snell said. The other vehicle was gone."

The paper claims that "There have been more than 35 shootings in Everett since December, and many of them are believed to be gang-related."

In June Q 13 Fox reported that Four teenagers were arrested for a May 29 shooting on Beverly Boulevard that left a 16-year-old boy in critical condition and that police initially thought might be a road rage incident but was actually gang related.

Earlier this year My Everett News reported that With 19 “gun shots fired” calls between December 6th and March 15th in Everett, Police Chief Dan Templeman is expressing increasing concern over gang related crimes and gang involvement in shootings. 14 of the 19 cases did have some ties to gangs in Everett.

When I was in south Seattle back in the /80s we saw Crips and Bloods networking up from LA while Black Gangster Disciples and the Vice Lords were moving in from Chicago. That was a long time ago. Now there appears to be spins off Crips and Bloods as well as Hispanic gangs affiliated with the MS 13 like the FX 13 or the FX3. They are currently at war with the Crips. 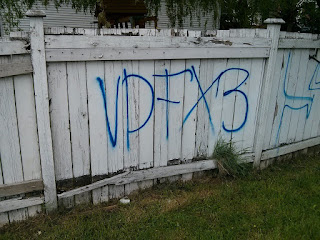 Posted by Dennis Watson at 1:01 AM