The Return of the Ontario Village Idiots 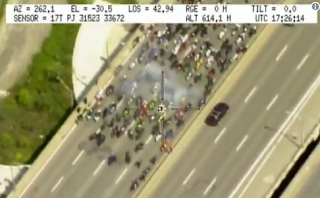 Well the Ontario Village Idiots are back only these ones aren't affiliated with the Hells Angels. The Toronto Star is reporting that the Ontario Provincial Police are asking for the public's help in identifying a group of complete losers blocking traffic on motorcycles. There a bunch of scrawny weasels on sports bikes for god's sake. Empowered by the mob mentality they think if enough fly sh*t gathers in one place they all of a sudden become someone. Not. All you get is a bigger pile of fly sh*t. Time to bring out the fly swatter.

Blocking traffic like that on the freeway means not only are they weasels but they are a*sholes too. History has recorded that. See you on the other side losers. You'll be the one with an AL on your forehead: A*shole and Loser at the same time. What a way to be remembered. 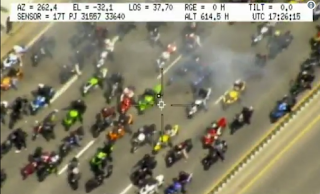