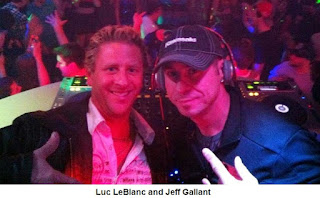 Well, well, well. Remember that cocaine bust from 2013 where a Moncton couple were caught trying to smuggle 16 kilos of cocaine into Canada from Texas in their RV? Well the case is finally going to trial and low and behold it turns out they were working for Luc Leblanc who has been charged with cocaine trafficking. Big surprise.

They met Luc LeBlanc in Mexico and loaded up their RV with cocaine with the intent to drive it back to Canada but were stopped at the US border. Now the couple are crown witnesses. LOL. Karma's a b*tch yo. Jeff Gallant owns the Old Cosmo. Jeff and Luc are co conspirators.

These two clowns were busted from another drug seizure in an RV six months later where 19,0000 crystal meth pills were seized along with 3 kilos of cocaine. If these two idiots had half a brain between them they'd be dangerous. No wonder no one is afraid to testify against them.