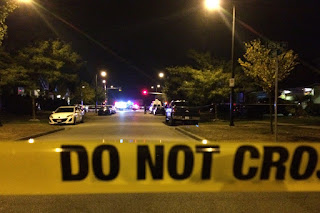 The Peacearch News is reporting that "Police have identified a 22-year-old Surrey man as the victim of a targeted shooting in Cloverdale Tuesday evening. Pardeep Singh was found dead in his driveway in a residential area near 166 Street and 63B Avenue. Team news release issued just before noon Wednesday, Singh was known to police and had gang associations." Multiple shots fired 8:30 PM. The victim was found dead in the driveway of his own home.

The Peacearch News is also reporting that "The 22-year-old man shot dead in his Cloverdale driveway Tuesday had been involved in shootings as far back as 2015, police revealed on Wednesday. At an Integrated Homicide Investigation Team press conference Wednesday afternoon, Cpl. Meghan Foster said that Pardeep Singh had been offered RCMP protection in the past after he had been involved in four shootings in less than 24 hours. Foster told reporters that Singh was an unco-operative victim in 2015.”

I will however say this: every crime has a means and a motive. This guy was killed because he sold drugs. He wasn't killed by his employer he was killed by a rival. Something tells me this guy didn't work for the Hells Angels. That made him a rival who they terminated just like all the others.