Venezuela is still in chaos 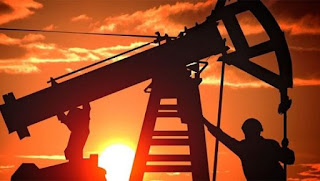 As I previously reported Venezuela is still in chaos. The other day I spoke with a friend who just returned from spending a month in Colombia. I mentioned the troubles in Venezuela and he said that they have opened up the border again and Bogota in Colombia is full of Venezuelans now. The situation is both tragic and suspicious.

Venezuela is one of the world's largest exporters of oil and has the world's largest proven oil reserves at an estimated 296.5 billion barrels (20% of global reserves) as of 2012. January 1976 Venezuela nationalized its oil which proved very successful. Things under President Hugo Chavez were fine. Then all of a sudden as soon as he dies, there's no food in the supermarkets. It just doesn't make sense.

I believe the oil companies have sabotaged the economy to gain control of the their oil reserves just like they did in Mexico, Libya and Iran. Mexico nationalized their oil so the CIA launched Operation Fast and Furious selling the Mexican Cartel guns to discredit the president so a new president would be elected that would privatize their oil.

BBC is reporting that "Venezuela is split into Chavistas, the name given to the followers of the socialist policies of the late President Hugo Chavez, and those who cannot wait to see an end to the 18 years in power of his United Socialist Party (PSUV). After the socialist leader died in 2013, Nicolas Maduro, also of the PSUV, was elected president on a promise to continue Mr Chavez's policies. Chavistas praise the two men for using Venezuela's oil riches to markedly reduce inequality and for lifting many Venezuelans out of poverty." Imagine that.

I think Canada should nationalize it's oil. You already created an oil monopoly. Giving that oil monopoly to Communist China was a criminal act. If Canada nationalized it's oil the profits from Canadian natural resources would go directly to tax revenue and reduce taxes for Canadians while at the same time paying down the National debt. That is good business.