The Cronyism of Gordon Wilson 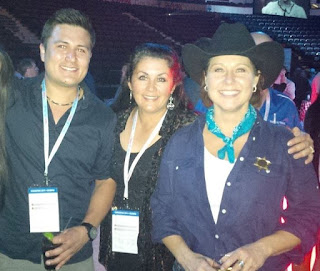 Interesting little drama queen puppet show in the Vancouver Province recently. Some people just like to create controversy even when there's none to be had. This time the spin is coming from Mike Smyth. He wrote an article entitled The sliming of Gordon Wilson, then the apology. I find his comments suspicious to say the least.

Initially John Horgan and Bruce Ralston's mortal sin was they said Gordon Wilson did little to earn his lavious salary "advocating" for LGN. That is fair comment. The public opinion is that the sweetheart appointment came as a favour after his wife wrote a book about Christy Clark called Behind the Smile. The dirty deal reeked of cronyism.

Let me first say that Bruce Ralston is from Surrey. He is a longstanding MLA that has a great deal of respect in this community. He should speak out against the cronyism that made the New York Times. That would be the responsible thing to do.

Leaving context, Smyth splits hairs and quotes Horgan as saying Gordon Wilson didn't file any reports. Well it turns out that Smyth searched some archives and actually found a couple of reports Gordon Wilson did submit one that was even 180 pages long. It's doubtful he wrote it but he did submit it nonetheless. One could argue reports are a dime a dozen and in context Gordon Wilson didn't do anything worth his exuberant salary because lobbyists is a cushy job to say the least. The position he received as a favour after his wife wrote the book for Christy Clark.

After Smyth pointed out that Wilson had in fact written a couple of reports, Bruce Ralston and John Horgan both apologized. Oh your right He did write a couple of reports. Our bad. However the context of their concern remains valid. Now Smyth is spinning for Gordon Wilson like he's on his payroll because most of the columnists in the Vancouver Sun Province have become Harold Munroe lap dogs feeding the corporate media frenzy. The corporate media doesn't like the fact that the Greens have insisted Corporate and Union political donations cease.

Putting Gordon Wilson's history in context, we remember that he was the one that put the BC Liberals on the map. Before him the BC Liberals didn't exist. It was all Socreds and NDP. He was on a televised debate with Rit Johnston and Mike Harcourt who were bickering back and forth like cats and dogs. He just said there ya have it folks. Now you can see why nothing gets done in parliament. He was right. People wanted an alternative and he put the party on the map. After his affair with Judy Tyabji Gordon Campbell stole the party from him and the rest is history.

Recently Gordon Wilson's son was criticized for posing with his step brother Kasimir Tyabji-Sandana who is seen in the top picture with his mother Judy and Christy Clark. Kasimir was arrested in Calgary for importing fentanyl. Bad luck. Anyone's kid could get involved in that. Even the mayor of Vancouver. It just makes it problematic durring an election campaign.