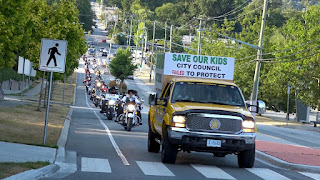 Well this is refreshing. CBC is reporting that "Riders with Sikh Motorcycle Club want city hall and the RCMP to wake up and tackle crime." On Wednesday the group went on a public protest confronting Surrey City Hall and the Surrey RCMP for their inaction dealing with drug trafficking that leads to gun violence. How come the Vancouver Sun/Province didn't cover this?

Sikh Motorcycle Club organizer Azad Sidhu says gang violence and drugs in the community have him worried about the safety of his university-aged son, and he's not the only one. He said there have been forums in the community and many have participated, but he's seen no positive outcome. "This is basically another means of protest we're doing. We want to wake up city council and we want police to do strict measures to take care of this." 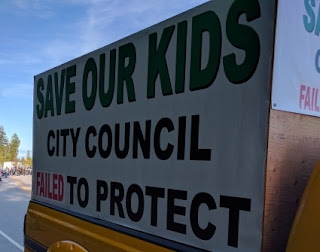 Exactly. There have been public forums where the community has participated complaining about the open drug use on the Surrey strip and absolutely nothing has been done about it. In fact the city did the exact opposite of what the public asked for at that meeting. Providing police protection for the drug dealers on the Surrey strip is an abomination that needs to stop.

Unrestrained public drug sales increases crime exponentially and kills local business. The highest crime areas in Surrey are where the police allow crack to be sold publicly. This increases gun violence. Whenever you let that much criminal activity continue unbridled, there will be criminals fighting over those profit. The Quebec biker war had nothing to do with riding motorcycles. It was a fight over a monopoly on the drug trade. That is what we are seeing in BC. To stop the violence you must stop the drug trafficking. Then crime will reduce. Whiterock gets it. Why doesn't Surrey? 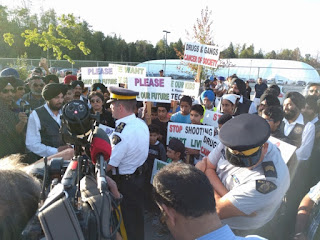