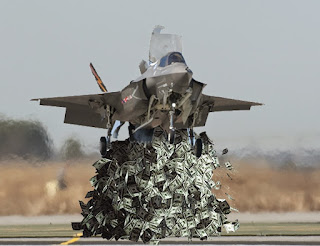 The National Post is reporting that "Last year, the Liberals announced a proposal to buy 18 interim fighter jets from Boeing to deal with a capability gap facing the Royal Canadian Air Force." Yes that was brilliant since the insider trading F-35s suck. well not the Corporate media is reporting Lockheed Martin has offered the Liberal government the F-35 as an “interim” fighter aircraft. Give it a rest. The F-35's do not work in the Canadian arctic. That means they arr useless for defending Canada against Russian bombers the only real threat that we do have.

Canada does have the mid air fueling ability and would have to contract that out to the United States which means the F-35s would be fiscally irresponsible as well as useless. Lockheed Martin is Bad. they have a long history of under bidding contracts then overbilling once they get the contact. Scientific American states "The F-35 was billed as a fighter jet that could do almost everything the U.S. military desired but has turned out to be one of the greatest boondoggles in recent military purchasing history."

Vanity Fair reports "WILL IT FLY? The Joint Strike Fighter is the most expensive weapons system ever developed. It is plagued by design flaws and cost overruns. It flies only in good weather. The computers that run it lack the software they need for combat. No one can say for certain when the plane will work as advertised. Until recently, the prime contractor, Lockheed Martin, was operating with a free hand-paid handsomely for its own mistakes."

Give your head a shake. Boeing is stable and reliable. Lockheed Martin is not. The Super Hornet is good for Canada. The F-35s are not. It really is that simple. Use your brain and stop the fraud. 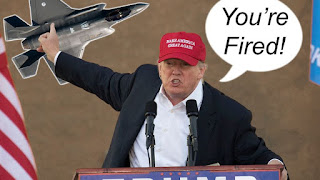 It's confirmed, the F35 sucks