The Impersonation of Satan's Choice MC in Ontario 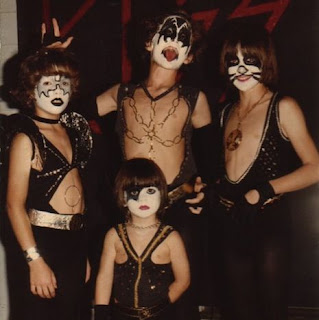 A lot of people have been talking about the Satan's Choice remix in Ontario. The Toronto Star reported that "Ontario police can be forgiven for doing double takes this summer at the sight of bikers wearing the grinning devil patch of the Satan’s Choice Motorcycle Club on their backs. Once the second largest outlaw motorcycle club in the world, the Satan’s Choice club folded in December 2000 when it was absorbed by the Hells Angels. This summer, a group of Durham and Ottawa-area bikers have re-invented the Satan’s Choice club, which will likely upset Hells Angels bikers, said Det. Sgt. Len Isnor of the OPP Biker Enforcement Unit."

Michael Green from TBM Scandinavia brought the matter to my attention. They have guys in Canada confirming the credibility gap in the new group. The Rock Machine in Canada was reinvented. The original members crossed over to the Hells Angels when Mom Boucher went to prison to support his interests while he was away. Yet the new group has carved out a place for themselves internationally. This new Satan's Choice group doesn't look quite so fortunate.

TBM is a support group for former gang members based in Scandinavia and were getting many mixed reports of trouble in paradise for the new group in Ontario with regards to their credibility. So Monica contacts them and says what's the deal? Are you guys real or fake? Then they reply with some silly youtube video saying it's none of your business. Obviously they had no idea who they were talking to. TBM aren't cops. They're the real deal. They are the only support group for former gang members that is run by former gang members. They have credibility and have carved out a place for themselves in the MC world.

Monica isn't just a steamy hot Swede in a committed relationship. She has credibility in the MC world internationally and stands on her own with the support of the TBM group in Scandinavia. She certainly is not a cop. She could destroy these finger puppets credibility with one snap of her fingers. As Coolio said in Gangsters Paradise "Ya better watch how ya talking and where ya walking or you and your homeboys might be lying in chalk."

Wayne Jesmer was the president of Private Army then started and registered the trademark for Satan's Choice MC July of this year. He registered the old trademark he had no claim to. Jason Redmond is the ex cop. I'm not even going to get into the stupidity of grown men calling themselves Devil's this or that. The whole thing is a farce which confirms my previous observation. The MC movement never really caught on in Ontario. They have always been the village idiots. That's why the Quebec members started putting caps in their ass and sent the Ontario Nomads running for the hills.