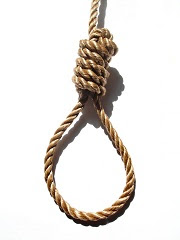 In response to the defiant act of treason wherein the Supreme court of Canada did away with religious freedom, the Gangsters Out News Syndicate launched the Judicial Treason website.

Saying that a Christian is not allowed to have their beliefs and practice law in Canada is as absurd and offensive as saying a Muslim, Jew, Sikh, Buddhist or Bahá'í can't. It is an act of treason within a free republic. It is the same as saying that a Gay or Lesbian isn't allowed to practice law in Canada. It is discrimination based on prohibited grounds.

Under Fidel Castro, "LGBT people, particularly gay men, were routinely sent to prison without trial or charge by the state." That is why discrimination based on sexual orientation is illegal in Canada. To prevent that from happening. The intent of the law is not to abolish religious freedom. Section 15 of the Canadian Charter of Rights doesn't even say sexual orientation.

The court has absolutely no right to tell any person or group of people what they can or cannot believe. The court has absolutely no authority or jurisdiction to tell a person or group of people what kind of covenant they can or cannot make. This is why we have launched judicialtreason.ca That decision is WRONG. Natural justice will not let this continue. No lie can live forever.