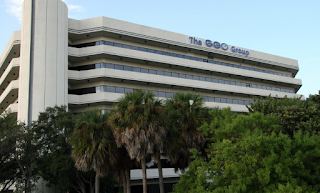 The problems with the prison system in China are obvious. China has political prisoners. They put you in jail for being Buddhists. That violates a fundamental right. Then they execute prisoners for organ harvesting. That is obscene. It's all about making money. Yet the US has the highest incarceration rate in the world. That is a serious flaw within the land of the free.

Clearly China and the US are two opposite extremes that we do not want to emulate. Norway is obviously the better model. Private for profit prisons have no motivation for rehabilitation. Their motive is keep people in prisons and working for cheap labour. In 2009, the Israeli Supreme Court ruled that private prisons are an unconstitutional violation of basic human rights.

Millions of American adults are not allowed to vote due to a felony conviction.