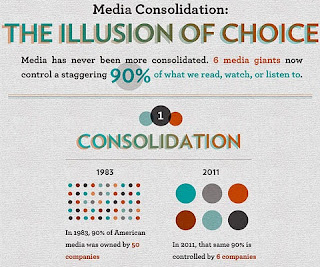 NBC is reporting that "Just hours after the nation's top intelligence officials warned about Moscow's efforts to disrupt a second consecutive American election, Trump said at a campaign rally here Thursday night that his diplomatic efforts with President Vladimir Putin are being hindered by the Russian hoax. The two events created a split screen effect: America's intelligence experts warning voters that Russia is trying to undermine democracy and Trump telling them it's all political chicanery." The root of the problem is twofold. American Intelligence agencies are corrupt and so is the Main Stream Media.

I am no fan of Donald Trump but the credibility of the CIA and the MSM is nonexistent. It was MI6 working in conjunction with the CIA that intentionally lied to the press about Iraq's weapons of mass destruction to gain public support for an invasion in Operation Mass Appeal. I've already talked about the CIA's control of the media as well as the Russian hoax.

You know it's bad when Fox News has more credibility than NBC and CNN. Rupert Murdoch owns Fox News and the Wall Street Journal. Rupert Murdoch openly admits media bias during elections. Yet the others are even worse. The illusion of nonbiased reporting has been lost.

Here's my beef: the world is silently watching a Communist genocide in China without a word being said while the MSM obsesses over smoke and mirror distractions that have the sole purpose of implementing Corporate Communism and the complete destruction of civil liberty.