Fast and Furious Front and Centre 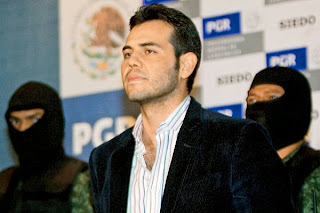 The court told Nixon he was not allowed to hide the Watergate scandal under executive privilege. What would have happened if instead of obeying that court order Nixon started another war instead? Do you think the people would have let him disobey that court order? I think not. So what makes us so apathetic in our day? Times have changed alright. We are a lot more gullible now. We stand idly by as they trample the sacred Constitution they swore an oath to defend.

In 2012, Eric Holder, Obama's Attorney General, was found in contempt of Congress. Two weeks later the Department of Justice unsealed one of the many Fast and Furious documents related to the death of U.S. Border Patrol agent Brian Terry who was killed by guns the ATF sold the Mexican cartel. As a result of releasing the document, five people were charged in Brian Terry's death.

So lets' do the math. If you or I help a murderer escape justice, that is a criminal offense. We are guilty of aiding a felon. That is exactly what Barack Obama and Eric Holder are guilty of. They hid a court indictment. Then came the nonpartisan spin. Senator Grassley said he was glad to see documents unsealed in the Fast and Furious case. “They’ve offered $1-million for (information) leading to who murdered Brian Terry.” That is an offensive joke.

“According to court transcripts, Jesus Vicente Zambada Niebla was allowed to import “multi-ton quantities of cocaine” into the U.S. as a result of his working relationship with the FBI, Homeland Security, the U.S. Department of Justice and the Drug Enforcement Administration.”

Judicial Watch sued the Department of Justice under the Freedom of Information act because Obama had sealed all the documents related to the Fast and Furious scandal under executive privilege. July 2014 the Judge Ordered the DOJ to Release Fast and Furious documents.

In this decision the court has ordered they provide the Vaughn index which must: (1) identify each document withheld; (2) state the statutory exemption claimed; and (3) explain how disclosure would damage the interests protected by the claimed exemption. So technically they could still withhold documents but they must name them and give concrete reasons why disclosure should apply to executive privilege which would require one more step of court argument.

Executive Privilege is not mentioned in the Constitution. It has historically been considered to be a right implied by the constitutional principal of separation of powers between the three branches of government. Criminal activity may not be withheld from the public under executive privilege. Selling the Mexican cartel guns and bringing back tons of cocaine as payment is criminal activity and executive privilege does not apply. What does apply is Obama's culpability by hiding those crimes from the public and preventing those involved from being tried in a court of law.

Former Rem frontman Michael Stipe marked the 13th anniversary of the 9/11 terrorist attacks on Thursday (11Sep14) by offering up his 'state of the America' thoughts in an essay published by The Guardian newspaper. It was also mentioned in the Rolling Stone magazine.

In the article Michael Stipe states: "The Freedom Tower was meant to inspire patriotism and instead embodies the darker sides of nationalism." Nationalism? Why that sounds a lot like Hitler's Germany during the war. How did Hitler con the German people? Wait 'till I tell ye. He burned down the German parliament and blamed in on terrorists. That's how he convinced parliament to give him the powers of a chancellor just like Senator Palpatine in the Star Wars saga.

Once Hitler became chancellor he bombed a German radio station and blamed it on Poland to justify an invasion. Sound familiar? Just like Pittbull said in the Men in Black 3 theme song, to understand the future you have to understand the past. To understand Fast and Furious we need to understand Mena, Arkansas and Iran contra. 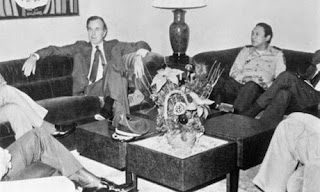