Neighbour shot in the face during Surrey home invasion 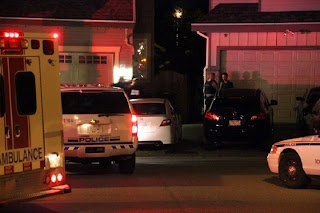 The Vancouver Province is reporting that a 21-year-old innocent bystander was shot by masked men in a Newton neighbourhood early this morning while checking in on a friend. According to police, approximately five masked men forced entry into a home near 146th Street and 76B Avenue at approximately 1 a.m. The suspects tied up the home’s occupant and started demanding cash. As the group of men were leaving the Surrey home, a neighbour confronted them and according to RCMP, was shot. Earlier this month a 64 year old man was shot in North Vancouver in what police described as a targeted shooting.