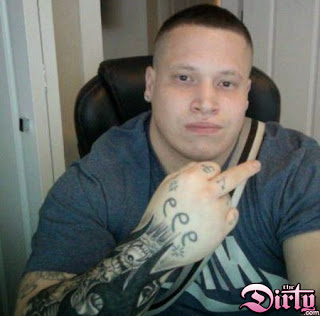 The Maple Ridge Pitt Meadows Times is reporting that one man was stabbed and another shot shortly after 8 a.m. this morning in Pitt Meadows. Both were sent to hospital. One of the men was a Maple Ridge resident and “well-known” to the police. One local resident said “There’s always all these people hanging out at the 7-Eleven and a lot of drug dealing going on. Now a guy has been stabbed and another shot. You always hear about these kind of things happening in Surrey, not Maple Ridge.” Hey, Surrey's not that bad. Wherever you let them sell crack, it's the same problem. Arrest the crack dealers and you will prevent a tsunami of violent crime.

Update: Global is reporting that one of the victims, Louie Sparvier, 29 has died. Police claim two males were involved ina fight. During the fight, one shot was fired and one person was stabbed. Both males involved in the fight were injured and the stabbing victim is currently in critical condition. So it would appear that Sparvier stabbed a guy and the guy he stabbed shot him dead.

Tragically he also had a picture of the T-shirt Surrey: The Future dies here on his facebook. He was from Maple Ridge but claimed to live in Surrey. He also posted a picture of the slogan Support Crime F*ck Gang Task Force. Well in this case crime obviously didn't pay.

Posted by Dennis Watson at 6:18 PM