In Defense of Jennifer Aniston 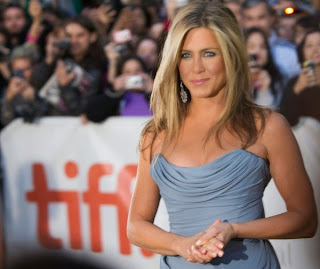 I really don't give a rat's ass about celebrity gossip. I noticed an article the Vancouver Province reprinted from the Daily Telegraph and had to mention it. The article states:

"Jennifer Aniston has a new movie, a new look and an old problem. The film - Life of Crime - has been well reviewed, and the style mags have praised the straight-cut hairdo she showed off at the premiere, but no one cares about that any more, because Brad Pitt, the actor who dumped Jen nine years ago, has married the woman he left her for, Angelina Jolie." Holy toxic cesspools.

She had a relationship break down nine years ago. This journalist is the guy that needs to get over it, not her. This is the British paparazzi trying to stir up toxic waste to sell newspapers. That's actually quite shameful. Makes us think of British Tabloids and the Murdoch wiretapping scandal. They're even freaking stalking her on a private jet. That's just creepy.

Local reporters for the Vancouver Province on the other hand referred to her as the diva in white. "The film - Life of Crime - has been well reviewed." That's all that needs to be said.

Posted by Dennis Watson at 2:50 AM