The Summit of Golden Ears 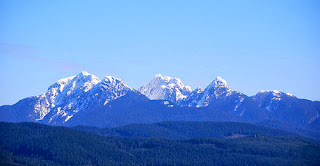 I made it to the summit of Golden Ears Sunday. It was awesome. Golden Ears is like the Lions of Maple Ridge. Two peaks side by side, next to Alouette mountain. It's normally an overnight hike but if you book it and start first thing in the morning you can make it in a day. Be mindful that the sun sets earlier now that fall is approaching. I had a later start and really had to book it to get back just as it was getting dark. A few other groups ended up coming back in the dark. 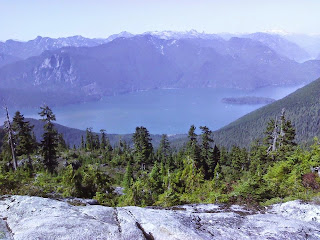 Alder flats was nice but rather anticlimactic. At 10 K you hit alpine and get an amazing view of the other side of Pitt Lake. I've seen photos of Pitt Lake from airplanes and was wondering where you can see it from hiking. This is the place. From the Summit you can see the entire lake. 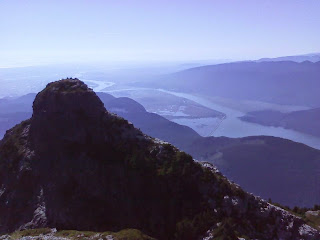 Pitt Lake is tidal. When the tide in the ocean is out, the Fraser river water level drops and it exposes the sand bars at the front of the lake. This is one of the best hikes in the Lower mainland. Similar to the lions but in my opinion better because you can water up right before the summit. 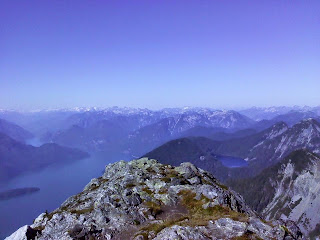 Sadly another hiker fell to his death on Sky Pilot Saturday. Sky Pilot is a new peak that has become more accessible since they built the new gondola at the Chief in Squamish. It's the second time this year. I'm not sure if they're climbing glaciers without crampons or what. The Vancouver Province posted a video of the climb and it looks like hard core rock climbing to the summit and the guy isn't roped up. That is not very wise or safe.