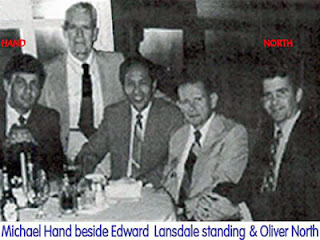 Sadly, this isn't a new beer. The plague of perpetual fraud has finally hit Auz. My condolences to the brave soldiers down under. It reminds me of the Surrey Pressure cooker fraud and the Air India bombing. The Surrey pressure cooker bomb plot wasn't just a fraud, it was a bold faced lie. For the record, CSIS did Air India. That's not coming from Alex Jones. That's coming from CBC and the RCMP. CSIS had a handler that helped plan the attack and provided the explosives.

Sadly this kind of dark publicity stunt will likely be very effective since the Australians are fiercely patriotic and inherently good. No one supports terrorists. Unless of course you work for the intelligence community. My message to Australia is simple. Remember Senator Palpatine, remember Adolf Hitler and remember the collapse of the Nugan Hand bank. The fraud of the CIA crashed the BCCI and the Nugan Hand bank in Australia. CBS ran a documentary on it. It involved Oliver North and Iran Contra. Remember that because it means the intelligence agencies' fraud are connected one with another.

One blog reader pointed out that the fourth person in the top picture of Michael Hand from the Nugan Hand bank in Australia that crashed is General Jack Singlaub seated directly to Oliver North's right. Singlaub was a founding member of the CIA. CBS report. Fast and Furious deja vu.

The Crimes of Patriots: A True Tale of Dope, Dirty Money and the CIA 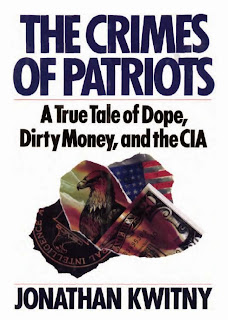 "For some time I have been disturbed by the way [the] CIA has been diverted from its original assignment... I never had any thought when I set up the CIA that it would be injected into peacetime cloak and dagger operations... there are now some searching questions that need to be answered. I, therefore, would like to see the CIA be restored to its original assignment as the intelligence arm of the President, and whatever else it can properly perform in that special field, and that its operational duties be terminated or properly used elsewhere.

We have grown up as a nation, respected for our free institutions and for our ability to maintain a free and open society. There is something about the way the CIA has been functioning that is casting a shadow over our historical position, and I feel that we need to correct it." HARRY S. TRUMAN, December 22, 1963

"McCoy's unique perspective allowed him to see before others did that the combination in Nugan Hand of U.S. military-intelligence men and drug-related crime was no anomaly. Rather, he knew, it was part of a pattern. And only by understanding this pattern could an investigator put himself on a footing to probe the Nugan Hand mystery intelligently." Page 43

"Back in 1972, McCoy (with two assistants) had written a silent bombshell of a book, The Politics of Heroin in Southeast Asia (Harper & Row)... The gist of what McCoy reported in his Politics of Heroin book is now beyond dispute. Considering that, and in view of the thoroughness of his documentation (often interviews with eyewitnesses), the whole book deserves the acceptance and honor it was not originally accorded. As Nellis, the Congressional investigator, says, "I think he [McCoy] knows more about heroin production in Southeast Asia than any man living. His book is an outstanding example of intelligence in this area."

"McCoy's thesis was that CIA operations against China in the early Communist years, and against Communist movements in Indochina later on, were responsible for creating the largest single source of heroin for the U.S. market. This was the famous "Golden Triangle." And according to McCoy, it flourished probably not by the original design of the CIA, but ultimately with the full knowledge and cooperation of the CIA." Page 44

"To understand the future, we have to go back in time." Pitbull - Fast and Furious deja vu.