In Defense of the Free Republic 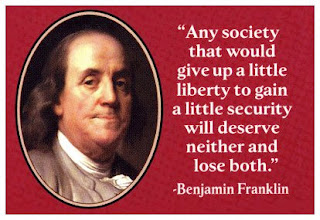 OK one for the road. We need to pause for a standing eight count and ask ourselves what the hell are we doing? Look where this insanity is taking us. Just to be clear, I'm not going to approve comments that are filed with Muslim hate any more than I would approve comments that are filled with Jewish or Catholic hate. A free republic supports the freedom of religion. Adapting a single state religion is as bad as abolishing religion all together. A free republic does neither.

Nobody likes politics. Yet politicians start and end wars. Politicians grant and remove civil liberty. Politicians destroy or protect the environment. Politicians raise or lower taxes. That is why politics is so important. Everybody hates politics because it is filled with deception and lies. We have to be able to see through the lies to preserve and protect the free republic.

It is no secret that Stephen Harper is an enemy of the Charter of Rights. Yet the President of the United States swears an oath to defend the Constitutions. Obama's abandonment of the Constitution is indeed a huge concern. One of the main purposes of my blog and web site has been to expose the fact that the Hells Angels are a criminal organization. Their main order of business is drug trafficking and the use of violence to obtain a monopoly on that market.

The second purpose of my blog is to show that the CIA is also a criminal organization. Their recent infiltration into various government agencies in Operation Fast and Furious is tied to the Hells Angels drug trafficking network just like it was tied to Freeway Ricky in LA and is a huge threat to civil liberty. That is what we need to address. Protecting civil liberty and the free republic. That is what this is all about. It relates to the fall of the Nugan Hand bank in Australia 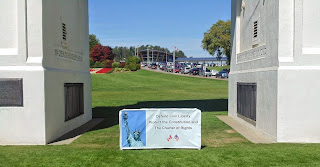 CBC is reporting that "Hong Kong activists kicked off a long-threatened mass civil disobedience protest Sunday to challenge Beijing over restrictions on voting reforms, escalating the battle for democracy in the former British colony after police arrested dozens of student demonstrators."

"The announcement by civil leaders came after a big crowd of tens of thousands turned out around midnight Saturday to support the student protesters who stormed into a courtyard of the government complex and scuffled with police wielding pepper spray. Police arrested at least 74 people, including some in their teens."

Holy Tiananmen square. Hong Kong is very problematic because they had a democracy under British Rule. Communist China taking that away from them isn't going to go over very well. Time Magazine report on the 25th Anniversary of the Tiananmen square massacre. 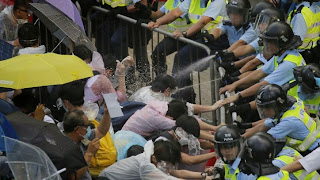