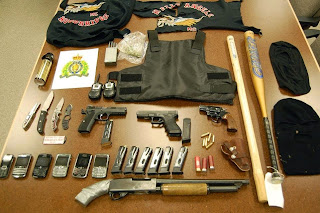 Joseph Skreptak and Cory Montemurro have each been found guilty of 8 weapons offences from that arrest near Salmon Arm a few years back. Skreptak has an additional marihuana possession. Tentative sentencing is Nov 17 but that could be pushed back since they ordered a pre sentence report for Montemurro and that could take 6-8 weeks. Until then they are out on bail.

Global is reporting Guilty on all counts. That’s the judge’s ruling. thanks God. Finally a judge with a brain. Kamloops Infonews is reporting that during the trial, Skreptak said he had no idea there were guns in the vehicle, nor did he know the items he put into his sock that night were bullets to a snub-nosed .38 revolver found later on the side of the road where they pulled over. Justice Geoff Barrow said the denial was “beyond common sense.” Indeed. He claimed he didn't know someone put a clip of bullets in his sock? Like I said, Joseph Skreptak is a liar. A bad one at that. 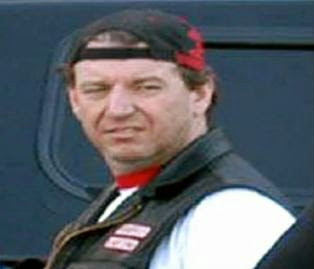 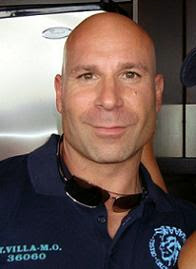