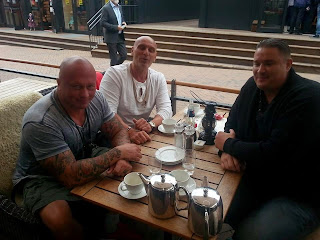 I'm very interested in TBM Fresh start. This is an online interview I did with Michael Green, the International Spokesman for TBM Scandinavia. This is something we should do in Canada.

1) So just what is TBM Fresh Start? A group of former gang members helping people leave the gang life?

2) How long have you been running? How many members do you have? What countries are you in?

TBM has been running for 5 years now. The organization is now represented in Denmark, Norway, Sweden and has approx. 600 members in Scandinavian. TBM also works with former gang members in Germany and Great Britain in our Network and for the time being are we working on making a Group in the U.S.A. and Canada as well. We are talking with former gang members from L.A., who are very interested in starting up TBM U.S.A. and are also talking with some former bikers from Canada in Ontario who have shown interest in starting up TBM for Canada.

4) Has anyone tried to join just to get information about former gang members to harm them?

Some have tried to join TBM, but we have a strong security system. If you want to join TBM you then have to sign a registration form with all your personal information. Name, address, social security number, history, etc. Then through our Network and contacts we check out the person to see if the person is for real and his story matches the info he has send us.

No members in TBM are in contact with each other and only those who work in TBM know the names of all the members and where they are located. This is also because of the security for each of the organization's members. Some of TBM members knows each other because they have been in the same gangs before, but our policy is to protect all members from each other - because you never know if a member maybe one day should fall back and enter a new gang.

The people WHO Work in TBM are talking together every day and inform each other about new members and What they need help with. If they are in need to be moved to another country, etc.

5) Has any of your members been harmed for leaving the gang?

6) What gang(s) were you a member of? What do they think about your involvement with TBM Fresh start?

In TBM we prefer not to talk about our past because we focus on present time, but you can write, that I was around the game for more than 15 years with the mc-gangs.

7) What's it like leaving a gang in Scandinavia? Is it the same as everywhere else since it's mostly the same gangs. Is it hard for someone to leave a gang? Does the gang want to kill them because they know too much?

For some people its more "easier" to leave their gangs, but for some it can be rough (you can see that on some of the Things we post in our closed Group on Facebook). Its hard to say why some are been attacked so hard and why some aren't, but it can be many reasons - Money, information, etc.

8) Here in Canada the gangs talk a lot about loyalty and brotherhood but really don't do either. Here it's all about making money through drug trafficking. Is it similar over there? Its almost the same in Scandinavia - its all about the bloody Money.

9) What advice do you have for someone who is thinking about leaving the gang life? Join TBM if you want a Fresh start and new friends and social Network and true friendship/Brotherhood :-)

10) How does someone join? Does it cost money?

Its free to join TBM. There are no member fees. 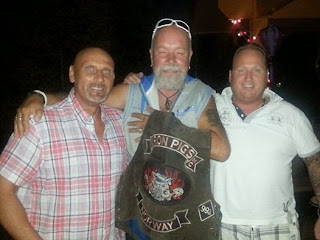