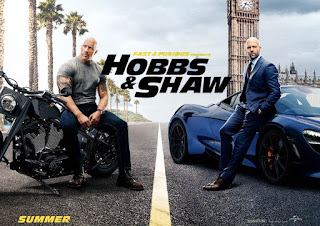 The Rolling Stone is reporting that "The Fast & Furious franchise just added one more action-packed movie to its lineup. Universal released the trailer for Fast & Furious Presents: Hobbs & Shaw on Thursday, starring Dwayne Johnson and Jason Statham as the federal agent/mercenary duo. After the events of the previous film, The Fate of the Furious, that put Luke Hobbs and Deckard Shaw at odds with each other, the two must now join forces to stop Brixton Lore, an ex-MI6 agent and international terrorist played by Idris Elba."

Brixton lore? Yo give it up for Brixton. When I worked in London before I had kids I lived in Brixton right behind the Front Line. I did some boxing with the Caribbean brothers at the Brixton rec centre. That place is awesome. Idris Elba is rock solid. He portrays himself as the black superman in the movie. The whole thing looks epic. It's due to be released in August. 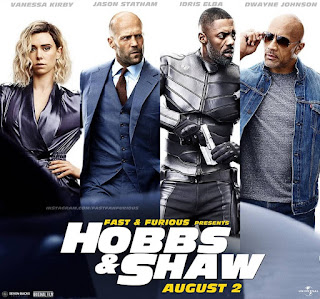 The Fast and Furious series was stellar. The last one sucked but that was no fault of the actors, it was just a bad script. The action was great. Nobody wanted to see Vin Diesel turn on his crew and act like a dick. Sure he was being blackmailed but it just wasn't right. Then there were rumors of him beefing with Dwayne Johnson. Everybody likes Dwayne Johnson. The Rock is very hard working. Seemingly there will be a Fast 9 and Dwayne Johnson might not be in it. Too bad.

Vin Diesel's a good guy. He was chilling with Nicky Jam down in Colombia. He announced a female led version of Fast 9. Let's hope it empowers women and doesn't turn out to be an harem of Vin Diesel groupies. Jason Statham is also rock solid. He has been a stalwart member of the Expendables with Stalone. Hobbs & Shaw looks great.