Absurd headlines and the Oath Keepers 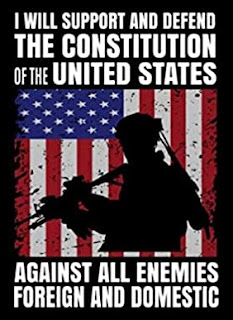 Global News came on in the lunch room at work this morning and I had to laugh out loud. The headlines were ridiculous. I will site a few then dive into the misrepresentation of the Oath Keepers. The first is another bizarre warning about ivermectin after it was endorsed in Kelowna.

GMAFB. This opens a whole can of worms all on it's own. We've been through this all before. CNN lied and said Joe Rogan took a pig dewormer to get over Covid. Ivermectin is a perfectly safe drug given to humans to treat parasites. Getting rid of human parasites is a good thing. In fact, it's so effective that they also use it for animals. Obviously a human is going to use a smaller dose than a cow. It's not rocket science.

However, the media's obsessive misrepresentation of ivermectin reveals their biased agenda. When the media declares safe drugs are unsafe, we are forced to ask ourselves why. It's like their misrepresentation of hydroxychloroquine. Hydroxychloroquine is a safe drug. They give it to pregnant women. Laura-Lynn Tyler Thompson was been on it for years. They use it to treat lupus. When the media declares that ivermectin and hydroxychloroquine are unsafe they are lying. That's all there is to it. They're lying because they have an agenda.

Politics used to be linear. On one side you had left wing, on the other side you had right wing and somewhere in the middle you had liberal. That has all drastically changed. Now liberal means leftist extremist. They're so far left they're Communist.

Crazy you say? It is but my assessment is not. Take a look at this video from Rebel News in Seattle. Fast forward to the end. At the end of that video they showed a bizarre rant from a member of the Seattle City council defiantly endorsing Socialism. Only their defiant Socialism isn't Socialism, it's straight up Communism. That is bat sh*t crazy and that is exactly what she is promoting. Note that Communists always call for democracy when their totalitarian dictatorship is anything but. North Korea calls itself the Democratic Republic of Korea. Everyone knows North Korea is not a democracy and it is not a republic. The name is a ridiculous lie.

This brings us to the media's Orwellian misrepresentation of the Oath Keepers. In the United States everyone in the military and in law enforcement swears an oath to defend the Constitution from all enemies both foreign and domestic. Keeping that oath is a good thing. Breaking that oath is a bad thing. In fact, every elected official swears that same oath to defend the Constitution.

The media's malicious misrepresentation of the Oath Keepers is absolutely insane. When you talk about domestic enemies of the Constitution, the media has clearly become one. The Oath Keepers are a group of law enforcement officers and military personnel who believe in keeping their oath to defend the Constitution. There is absolutely nothing sinister about that. Claiming that there is something wrong with that is sinister. It's crazy. 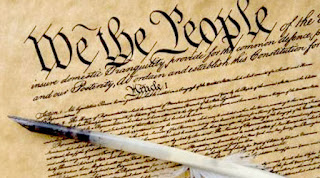