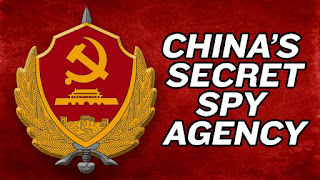 The Tornoto Sun is reporting that "It’s alarming news that the Chinese government has apparently set up police stations on Canadian soil. It’s also plain unacceptable and shouldn’t be allowed to happen. The allegations are contained within a report by a human rights watchdog called Safeguard Defenders, which takes a keen and critical eye of the Chinese Communist Party’s (CCP) actions abroad. They claim the same problem has arisen in other major cities around the world. One of the main things the officers working at these stations do, according to the report, is keep an eye on Chinese nationals living in Canada. There are very real worries that they are bullying Chinese people who simply want to live freely in Canada."

"For example, if a Chinese national or person originally from China wishes to speak ill of the CCP they should be allowed to exercise their free speech rights. But will they receive a knock on their door from these liaison officers? Will their family back home face consequences? These are valid questions. It’s all very worrisome." CSIS is not the answer. They are part of the problem. Getting rid of Justin Trudeau is the logical solution. Chinese police training in B.C. a sovereignty risk.

In July and August 2022: 1,850 Falun Gong Practitioners Arrested or Harassed for Their Faith