Iranian protests and the Freedom Convoy 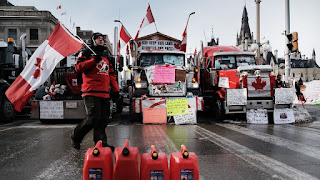 The fake news is glorifying the Iranian protests right after they demonized the Freedom Convoy. I find that somewhat suspicious. Once again it's all about the oil. The same people jacking up the price of gas at the pump while the price of oil has significantly dropped are telling us to support "freedom" in Iran. This is 1953 Operation Ajax all over again. Buyer Beware.

"Iran oil exports could rise further after June-July increase" - That's what this is about. "Iran increased its oil exports in June and July and could raise them further this month by offering a deeper discount to Russian crude." That's why the price of oil is dropping.

The globalists are upset. First they created a conflict in the Ukraine to justify a ban on Russian oil to raise prices. Now they are launching a ban on Iranian oil. Remember when the US assassinated an Iranian General responsible for defeating ISIS in Syria? The conflict in Syria was about opposing Iran's pipeline to protect the monopoly and jack prices up. 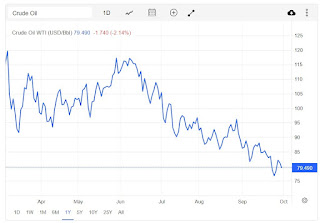 Women have a lot more rights in Iran than they do in Saudi Arabia. The fake news' double standard is obvious. In Iran women are encouraged to attend university and get an education. In Saudi Arabia they are not. In Iran, the Muslim women rock their hijab back so some of their hair is showing. In Saudi Arabia they do not. None of my neighbors from Syria do that.

Here in Surrey Sikhs have fought for the right to wear their turban. For them it is not a sign of slavery, it is a sign of religious conviction. How would we feel about a commercial that showed a Jewish Rabbi taking of his Kippah in the name of freedom? Or an orthodox Jew removing his hat and cutting his locks in the name of freedom? People have a right to wear religious clothing.

Drea Humphrey, the popular superhero from Rebel News recently reported on a protest in Vancouver that contained a banner that said Down with the Islamic State in Iran. How would we feel about a banner that said Down with the Jewish state in Israel? Some would say oh you can't say that, while others would cheer ready to tear down another statue. That would be anti Semitic.

Many of those who would eagerly say down with the Islamic State in Iran would just as eagerly say Down with the Jewish State in Israel. They would also eagerly cheer at the burning of a church because of their agenda. I would not. I support religious freedom.

I am not a fan of an Islamic State or a Jewish Sate but I do believe that Israel has the right to form a Jewish State just like Iran has the right to form an Islamic State. I have seen how problematic the Jewish State in Israel is. If you're not Jewish, you can't be a citizen of that state and I understand why. Many of the Muslims in Palestine's hate the Jews and want to drive them off the face of the earth. That makes the mandatory service in the military somewhat problematic.